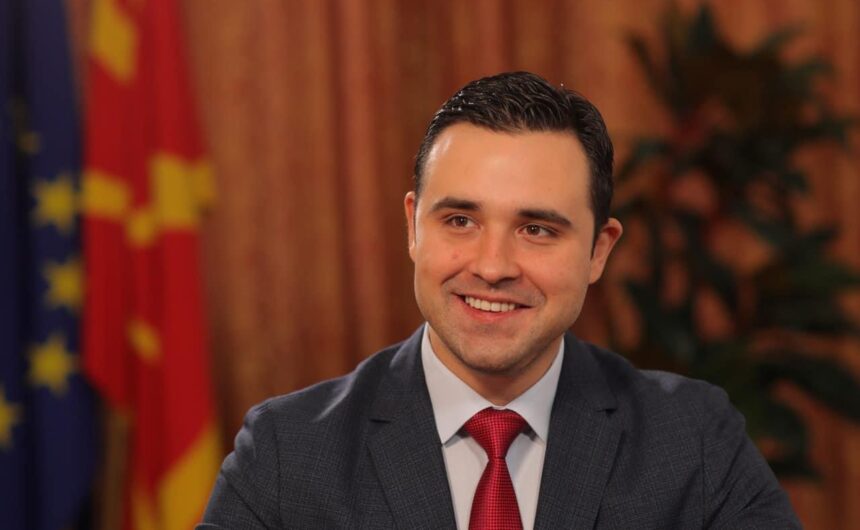 Determined by family and social values and driven by strong progress ambitions, at the age of 18 he joins the social democratic philosophy and becomes a Member at the Youth Organization of SDSM in Strumica.
His active political career starts back in the year 2011, when he was elected as President of SDMM Strumica. In his 7-year term as President, with utmost dedication, hard work and commitment in
performing all kinds of tasks, he gains a lot of experience, continuously profiling him as an active politician. Further in his career, he advances as a Member of the Central Board of the Party, as well
as its spokesman, and since 2019 he is also a Member of the Executive Board of SDSM.

On account of his immense potential and preparedness in taking public functions, in the period from 2013 to 2017, Kostadinov was taking a role as a Counsellor within the Strumica Municipality Council. In 2017, in a term of 10 months, he manages the Municipality of Strumica, being the youngest elected Mayor in Europe.

At the Parliamentary Elections in the year 2017, as а candidate nominated by SDSM for Electoral District 4, Kostadinov was elected as a Member of Parliament (MP) of Republic of North Macedonia.
Being part of the Parliament leads him to exceptionally serious and profound tasks, which he handled and resolved in a great manner. Driven by his own faith in the country’s Euro-Atlantic
future, Kostadin is a protagonist and direct participant in several paramount, historical decisions in the Macedonian Parliament.

Motivated by the potential, the opportunities and the future of the regional development, as well as the European philosophy in taking local action, he was named as Candidate for Mayor within the
Local Elections taking place in 2021.
As of 27th of October, 2021, Kostadin Kostadinov is executive Mayor of the Municipality of Strumica.

He is an economist by voccation.

The Council of the Municipality of Strumica is a representative body of the citizens. It consist of 23 members elected on free and democratic elections.